THE MYTH OF WILLPOWER 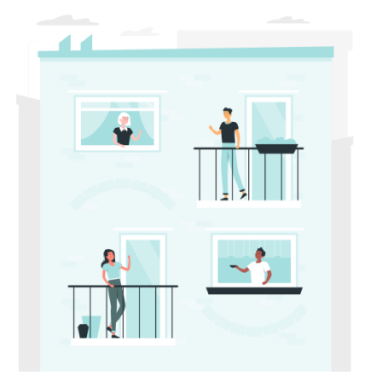 29 04 2021
Try to think of that one friend who can shut her phone in a second and go to sleep at 10pm or who can wake up at 6am and hit the gym daily or who can refrain from giving a second glance at the most beautiful chocolate cheesecake!  Ever tried asking these perfect people their […]
3 min read

Try to think of that one friend who can shut her phone in a second and go to sleep at 10pm or who can wake up at 6am and hit the gym daily or who can refrain from giving a second glance at the most beautiful chocolate cheesecake!

Ever tried asking these perfect people their secret of defying human tendency by looking away from a chocolate cheesecake or not scrolling on instagram for hours? Often the answer we get is this magical but mysterious word called ‘willpower’. At its essence, willpower is the ability to resist short-term temptations in order to meet long-term goals or a conscious, effortful regulation of the self by the self.

The researchers contacted these preschoolers when they became teenagers and found that teenagers who had waited longer for the marshmallows as preschoolers were more likely to score higher on the SAT, and their parents were more likely to rate them as having a greater ability to plan, handle stress, respond to reason, exhibit self-control in frustrating situations and concentrate without becoming distracted.

All these positive things that are related with willpower make it look like something we all would want. However, what if there were some other factors at play which helped these little preschoolers to wait and not eat the marshmallow? Or what if willpower is just one of the factors responsible for influencing our self-control. Let’s learn more about the scientific validity of willpower.

At surface level it seems like willpower is the one quality we all would die to have and especially during the first month of a new year! And why not? Willpower is related to school achievement, success and the ability to control our midnight pizza cravings!

However, recent studies have found that the concept of willpower might actually be a myth or just one factor responsible for self-control. On the contrary, effortful restraint (where you are fighting yourself) might actually deplete you of your energy used in controlling your temptations and make you overindulge. It's like not eating anything sweet for an entire month and then consuming anything and everything that is sweet for the next full month.

Therefore telling a person to use their willpower for staying away from chocolate is like telling a person with anxiety to not worry so much. Some researchers say that willpower is like a muscle, if it's overused then it will get exhausted. Therefore, we need a better plan to practice self-control than to just be dependent on willpower. Self-control is influenced by multiple factors like genes, environment, behavioural modification, income level etc.

Children from poor backgrounds showed a low performance on the marshmallow experiment. They were less likely to resist their temptation of eating the marshmallow. This is because these simple pleasures like getting to eat chocolate are not guaranteed in a poor child’s life. These pleasures are very rare and temporary for people from poor backgrounds and they feel that if they don’t use it today then they might not get the same tomorrow or for a very long time. Whereas people from rich backgrounds get an unlimited supply of these pleasures when they wish. Therefore, it's easier to show self-control when one comes from a wealthy background.

Recent studies have found that our biology also plays a role in self-control. Some people inherently experience fewer temptations, thus it is unfair to blame the person entirely for facing difficulties in practicing self-control.

It is important for you to know what your motivating factor is behind a goal. For instance, a person is more likely to keep up with their goal of running daily if running makes them intrinsically happy. Whereas, another person who picks up running because that is what their friends are doing (extrinsic motivator) will not be enough for the person to continue running. Instead you should find some other activity which will intrinsically make you happy, like trying a spin class or yoga.

Therefore, people who are better at self-control actually enjoy activities like studying, eating healthy, exercising etc. And what we can do is, to find a way in which we can enjoy these activities intrinsically.

In Walter Mischel’s marshmallow study, the children who stared directly at the marshmallow were less likely to resist it than were kids who closed their eyes, turned away, or otherwise distracted themselves. This shows that by removing things that trigger our temptations from our environment can help us improve our self-control. For instance, one study found office workers who kept candy in a desk drawer indulged less than when they kept the candy on top of their desks, in plain sight. So if you're trying to eat healthy then you can try to stop buying anything unhealthy on your grocery visits.

Another way of applying this principle in the current times can be limiting the amount of negative news you read related to corona virus which can help with controlling anxious thoughts about the pandemic.

Having a planned response to how you are going to act in a situation where you are supposed to show self-control can be helpful. For example, if someone offers me alcohol, then I will ask for a sweet lime soda instead or if I start getting anxious then I will take a few deep breaths.

The myth of willpower is problematic because it presents the idea that if ‘I can't control my urges then I don't have what it takes to control them.’ Often, people with concerns like anxiety, depression, and substance abuse are blamed for not possessing this scientifically invalid concept of willpower. Whereas the article shows that self-control is something which can be learnt through modifications in our behaviour and environment. Relying only on willpower to resist a temptation is like relying only on auto-pilot mode when flying a plane, which is most likely to crash. Therefore, therapy is a place which aims to support individuals with self-work and where one can learn to improve self-control. Hence, let’s bust this myth of willpower and move towards building our own self-control.